The Las Vegas horde is the massive collection of zombies that have taken over Las Vegas, eventually unifying under a hierarchy led by Zeus. The primary horde is made up of alphas, while shamblers don't have the intelligence required to participate in the structured society.

The first zombie appeared as a result of mysterious actions taken by the United States Air Force in Area 51. The zombie was taken from the facility by the Four Horsemen, who were tasked with delivering it to a new location, but their convoy collided with another car on the highway, releasing Zeus into the world. Zeus killed the soldiers who had been transporting him, turning a couple into alpha zombies, and the trio headed into Las Vegas. The zombie infection quickly spread, until the entire city of Las Vegas needed to be quarantined for the protection of the outside world.[1]

As time went on, the culture of the zombie horde developed, with alpha zombies coming to lead a more structured society of zombies.[1]

When a nuclear strike was announced on Las Vegas, the military forces in the quarantine zone were pulled out, and as a result the Las Vengeance team was able to sneak inside for their mission to crack Bly Tanaka's safe. They engaged the alpha kingdom, notably killing Athena (and as a result her baby), which caused Zeus to launch an all-out attack on the intruders. Many alphas were killed, ultimately including Zeus himself.

Shortly after the human intrusion, the nuclear blast wiped out the city, presumably killing all remaining zombies.[1] 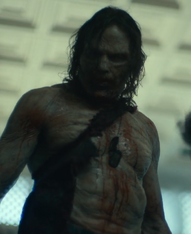 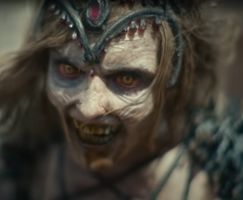 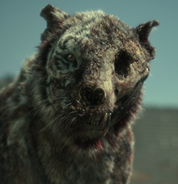 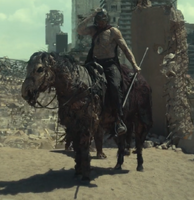 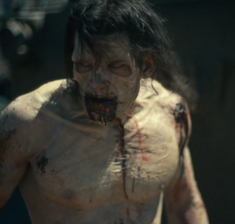 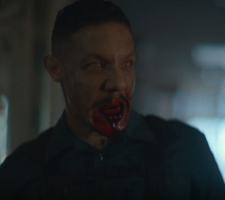 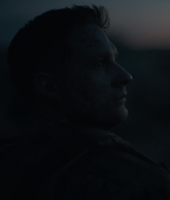 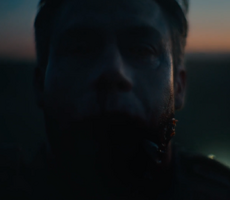