Army of the Dead: Lost Vegas

In this prequel to Army of the Dead, a mysterious woman recruits bank teller Dieter to assist in the heist of a series of impossible-to-crack safes across Europe.

This article contains information from media that has yet to be released, and so is likely to have information gaps!

September 3, 2020, Netflix announced that the multi-language prequel was in development and to be directed by Matthias Schweighöfer and a screenplay by Shay Hatten. According to Deborah Snyder, the Army of the Dead prequel is called Army of Thieves. 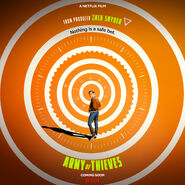 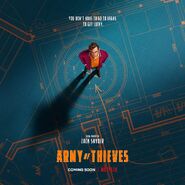